As the 2018 Karate World Championships are about to reach the -60 days-count, we go back in time to commemorate the last editions of Karate’s biggest event. In our first episode, we travel back to 2010 for the 20th World Championships in Belgrade (Serbia).

Belgrade 2010 was the first Karate World Championships of a new era. After years of growing popularity, the World Championships reached the capital of Serbia to break all attendance records and to make a ‘before and after’ in the sport. The tournament of 2010 will also be remembered as the defining moment for some of the biggest Karate heroes of all times.

The magnificent Beogradska Arena sports hall presented a full house in almost all the competition days. Lively fans turned Belgrade 2010 into a national celebration; with the stands packed with energetic sports enthusiasts, local karatekas found the motivation and courage to take Serbia to the first position of the medal table, their best performance in World Championships.


In an event of “firsts”, Belgrade 2010 was the first World Championships that presented a renovated and standardised TV production, directly managed by the WKF. With TV networks from all over the world broadcasting the event, the memorable tournament also premiered an updated competition format, with finals and medal bouts grouped in the last two days. This modification was conceived to accommodate the growing interest by media and fans and it has been continued like this to this day. Many other improvements were applied to this event such as extra activities and promotion in the city so to take the Karate World Championships to new heights. 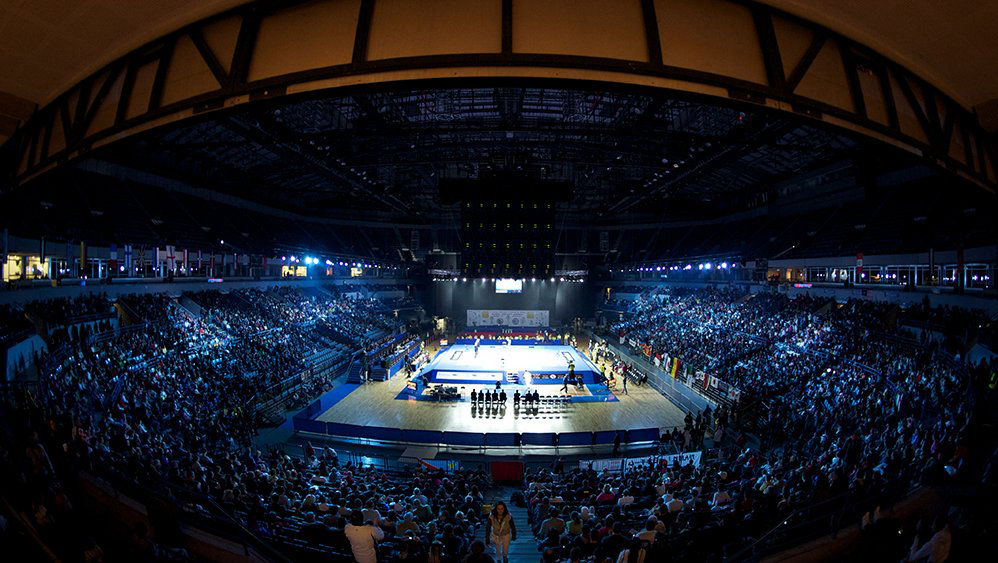 Belgrade 2010 was a World Championship of legendary performances. Karatekas who have created an era of dominance in the sport became true Karate legends with their success in Belgrade. Their performances in Beogradska Arena are now regarded as the highlights in the recent history of the ancient modality.

This is the case of ANTONIO DIAZ. The Karate Star from Venezuela reached one of the highest peaks of his incredibly successful career when he won the gold medal in Male Kata. One of the most awarded karatekas of all times, Antonio Diaz had lost the final of the World Championships against Luca Valdesi of Italy two years earlier in Tokyo. However, in an outstanding Kata presentation, Diaz defeated legendary Valdesi in the final of the tournament in Belgrade by 4-1. The Venezuelan hero went to win his second world title two years later in Paris.

Despite losing his first World Championships final in individual competition in six years, legendary LUCA VALDESI continued expanding his myth after winning his sixth World Championships gold medal in Belgrade. The Italian hero demonstrated to be one of the most outstanding kata competitors of all times when the Shotokan ace took Italy to the top of the podium in Male Team Kata with an unforgettable performance. 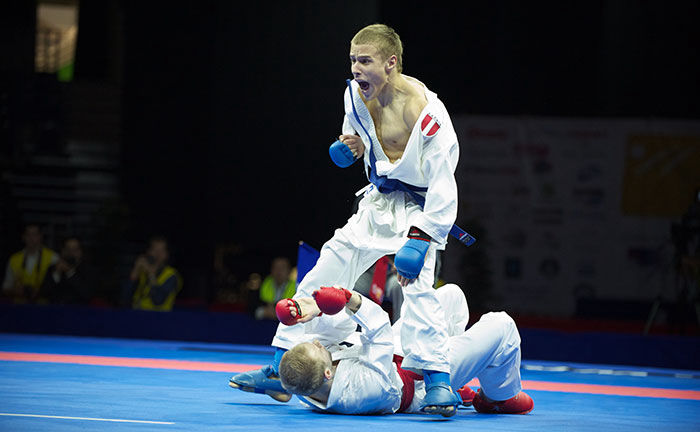 Karate superstar RAFAEL AGHAYEV also become one of the big names of the 2010 World Championships. The renowned karateka from Azerbaijan won his fourth world title in Belgrade thus reaching the true glory of the sport. The athlete nicknamed “the panther of the East” had previously won gold medals in the World Championships of 2006 and 2008, and the mighty competitor went to dominate the Kumite -75kg category in Belgrade in a superb performance. Aghayev, who took his record-breaking fifth gold medal in Linz six years later, defeated Italy’s Luigi Busa in a memorable final bout.

Belgrade 2010 also represented one of the defining moments of one of the top competitors of today's Karate, DOUGLAS BROSE. The best Brazilian karateka of all times won his first world title in Belgrade, after presenting a historic performance throughout the tournament. The Brazilian Karate Star defeated Italy’s Michele Giuliani in the final so to take his first gold after claiming bronze in Tokyo 2008. Brose went to win silver two years later in Paris and another gold in Bremen 2014, and currently takes the third place of WKF World Ranking in Male Kumite -60kg category.

The 2010 World Championships demonstrated the universality of Karate and was the first massive global event in the recent history of the sport. Nearly 900 athletes from 88 countries participated in the tournament. No less than 27 nations from five continents took home medals, with 11 different countries reaching the top of the podium.

The biggest Karate event held in Belgrade in 2010 opened the door to a new era of the sport. It anticipated the sporting spirit and the magnificence of the following historic Karate World Championships, and it set the foundations for the brightest period of Karate's history. 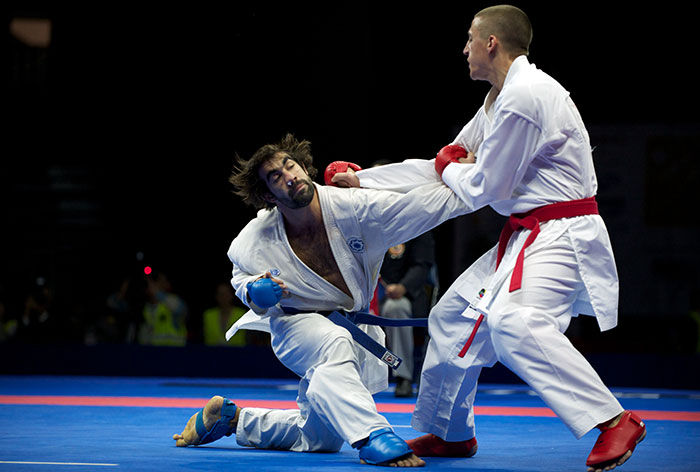