As the 2018 Karate World Championships are about to start, the defending title-holders hope to continue dominating the sport in the event to be held in Madrid (Spain) in less than one week. The current World champions are the karatekas to beat in the anticipated tournament to catch the attention of fans from November 6 to 11.

All but one of the defending World champions will participate in the 24th Karate World Championships. In Kata competition, the question is to determine if the two most dominant athletes in the category in the last editions of the tournament will continue ruling the discipline. Both Kiyou Shimizu and Ryo Kiyuna of Japan have claimed the title in the 2016 and 2014 World Championships thus creating an era of domination in the biggest event of the sport. With names such as local heroes Damian Quintero and Sandra Sanchez, rising star Mo Sheung Grace Lau of Hong Kong and experienced World champion Antonio Diaz of Venezuela among many others, the quest to gold appear as thrilling as ever.

In Kumite competition, the absence of Emilie Thouy has left Alexandra Recchia as the only French representative among the current World champions. The French Karate Star, who has won no less than seven medals in World Championships both in individual and team competitions, including the gold medals in Female Kumite -50kg and Female Team Kumite in Linz 2016 will try to repeat accomplishment in the neighbour country of Spain. World ranking leader and newly-proclaimed Grand Winner Serap Ozcelik of Turkey, current silver medallist Miho Miyahara of Japan and experienced Bettina Plank of Austria are among the list of front-runners of the category.

In addition to Ryo Kiyuna and Kiyou Shimizu, Japan will be represented in Madrid by the other two current World champions from the birth nation of the sport: Ayumi Uekusa and Ryutaro Araga. Uekusa, who re-took the Grand Winner award this season hopes to continue dominating the Female Kumite +68kg category while World ranking leader Ryutaro Araga aims at extending his prevalence in Male Kumite -84kg. The likes of new Grand Winner Ugur Aktas from Turkey and current runner-up Aykhan Mamayev of Azerbaijan are among the top contenders in Male Kumite -84kg as Uekusa’s biggest rivals are second-placed in WKF ranking Titta Keinanen of Finland, France’s Anne Laure Florentin and current silver medallist Eleni Chatziliadou of Greece among others.

After their remarkable performance in Linz two years ago, Iranian karatekas are setting their eyes in the World crowns. The powerhouse nation of the sport currently has two World champions: Sajad Ganjzadeh in Male Kumite +84kg and Amir Mehdizadeh in Male Kumite -60kg. 2017 Grand Winner Sajad Ganjzadeh will have to defend the title in a highly-contended category with top karatekas such as World ranking leader Jonathan Horne of Germany and former world champion Gogita Arkania of Georgia among the rivals to beat. Meanwhile, the quest to gold in the category of Male Kumite -60kg will also be electric since current champion Amir Mehdizadeh will face the opposition of up-coming karatekas Sadriddin Saymatov of Uzbekistan and Eray Samdan of Turkey, and former World champion Douglas Brose of Brazil, among others.

The category of Female Kumite -61kg will be the only one to have two current world champions competing at the same time. Giana Lotfy of Egypt took the crown of the category two years ago and will be one of the favourites for gold in Madrid. This category will also have Alisa Buchinger of Austria participating in the tournament. The Austrian karateka was one of the stars of Linz 2016 after taking the world title at home. Buchinger won the crown in Female Kumite -68kg but changed categories soon after the 2016 World Championships, making the Female Kumite -61kg category a highly disputed competition.

Other names acting as favourites in Female Kumite -61kg are World Ranking leader Xiaoyan Yin of China and current bronze medallist Anita Serogina of Ukraine among others, while many karatekas will try to take the gold medal in Female Kumite -68kg such as current runner-up Katrine Pedersen of Denmark, World ranking leader Kayo Someya of Japan and rising star Elena Quirici of Switzerland among others.

The category of Female Kumite -55kg is up for grabs with the absence of Emilie Thouy. Karatekas such as silver medallist Valeria Kumizaki of Brazil, World ranking leader Anzhelika Terliuga of Ukraine and former World champion and new Grand Winner Sara Cardin of Italy will try to take the crown.

Superstar Rafael Aghayev is hoping to continue making history for the sport. After winning his fifth world title in Linz, the karateka from Azerbaijan aims at becoming the most-awarded athlete of all times with an eventual victory in Madrid. A host of new names are hoping to dethrone the long-lasting Kumite king such as 2017 Grand Winner Stanislav Horuna of Ukraine, rising Japanese star Ken Nishimura and former champion Luigi Busa of Italy, among many others.

The list of current World champions competing in Madrid is completed with England’s Jordan Thomas. The English karateka prevailed in Linz two years ago but will have a tough quest to the top of the podium this time around since the Male Kumite -67kg has been producing many surprises lately. New Grand Winner Burak Uygur of Turkey, Steven Dacosta of France and current runner-up Yves Martial Tadissi of Hungary appear as front-runners of the category.

The 2018 Karate World Championships start on Tuesday, November 6 and will conclude on Sunday, November 11. Fans will be able to follow the competition on karateworld.tv and on many TV networks around the world. Go to karate2018.com to see the complete list of TV networks and platforms to broadcast the historic event. 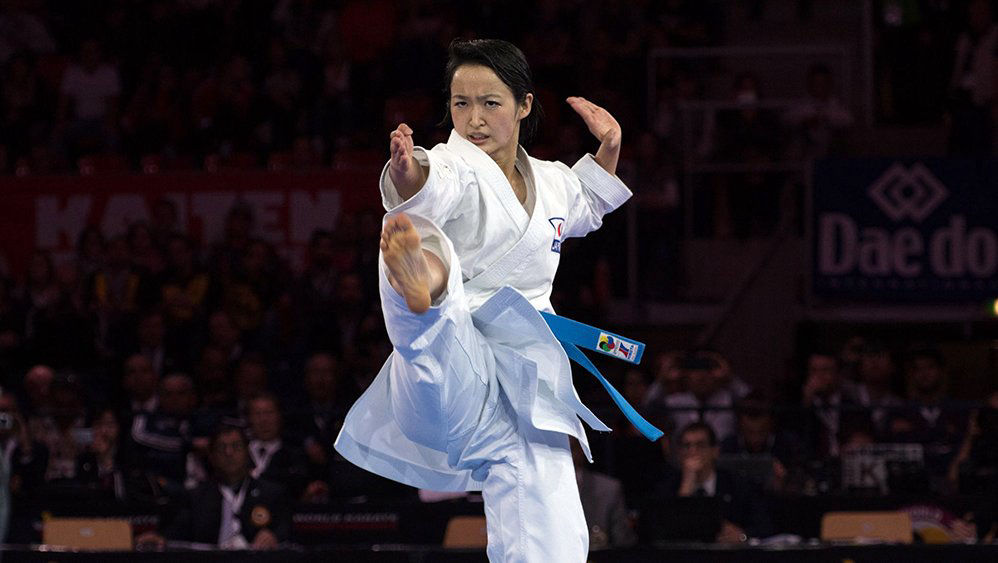